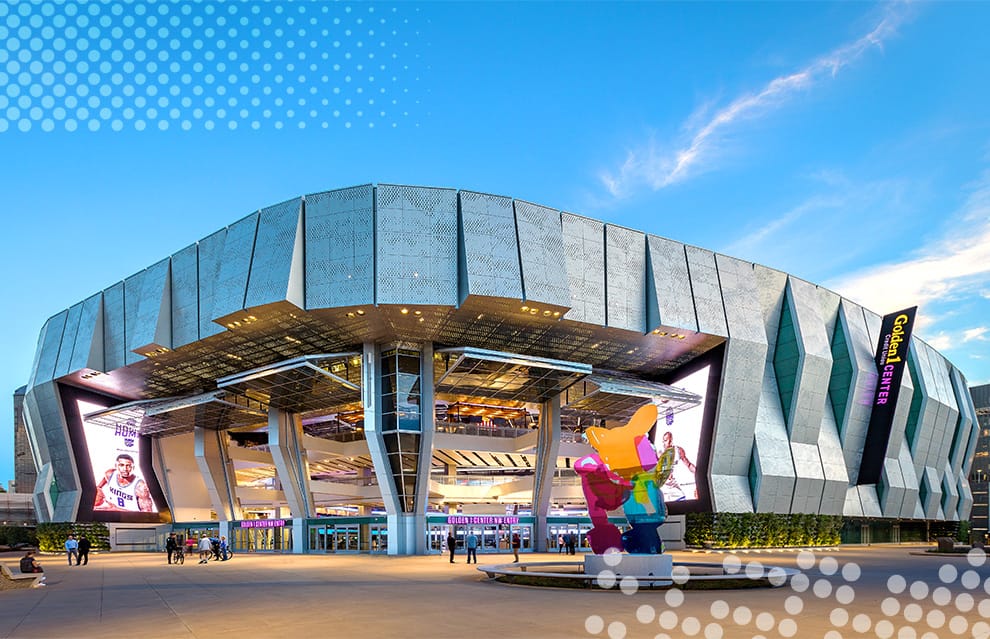 The arena will host concerts, conventions and other sporting events with capacity at about 19,000. The Sacramento Kings basketball team is scheduled to begin using the arena for the 2016-2017 NBA season.

The Schweiss bifold glass doors will allow the Delta Breeze to serve as a natural cooling system, pulling air in through small vents found under the seats in the stands. The total cost of Golden 1 Center is estimated to be $507 million. 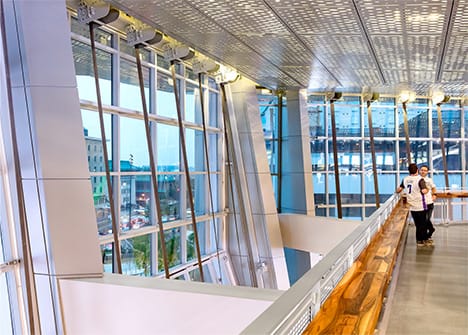 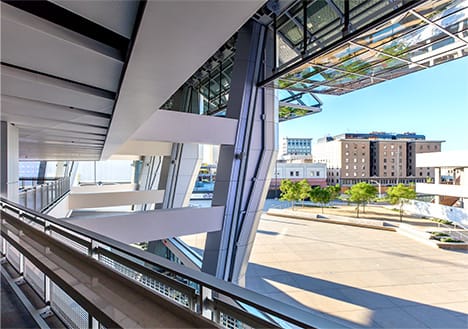 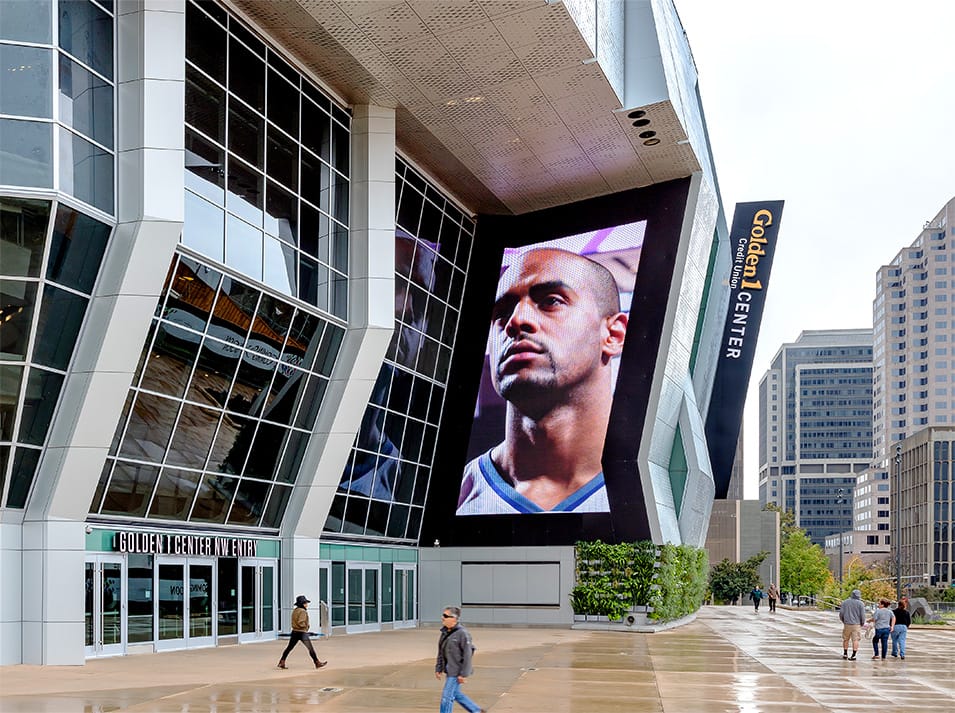 The simplicity of design, along with the liftstrap design was a primary reason why Schweiss Bifold Doors were chosen for Yankee Stadium's winter off-season family-friendly enhancements.

The largest of the custom-made bifold doors is 27' 5" x 11' 4", followed by two 23' 4" x 9' 2" doors and two 21' 10" x 9' 2" doors. All the doors are fitted with electric photo eye sensors, black liftstraps, manual latches and keyed opening and closing switches. Four of the doors are clad in a high tech brushed aluminum. They finished the facade and the door to basically match itself so when the doors are down they blend in with the facade and don't reveal what's inside.

One of the stadium doors performs functions at the AT&T Sports Lounge located at the mezzanine level on the left field line. The AT&T door is clad in wood and tile on the outside and when it is closed you cannot tell it is an operational door. Two additional concession/bar areas, wth two doors each set at right angles are located in the right centerfield and left centerfield areas on the Triple Zero level. 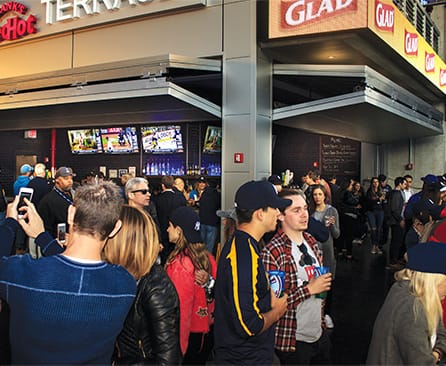 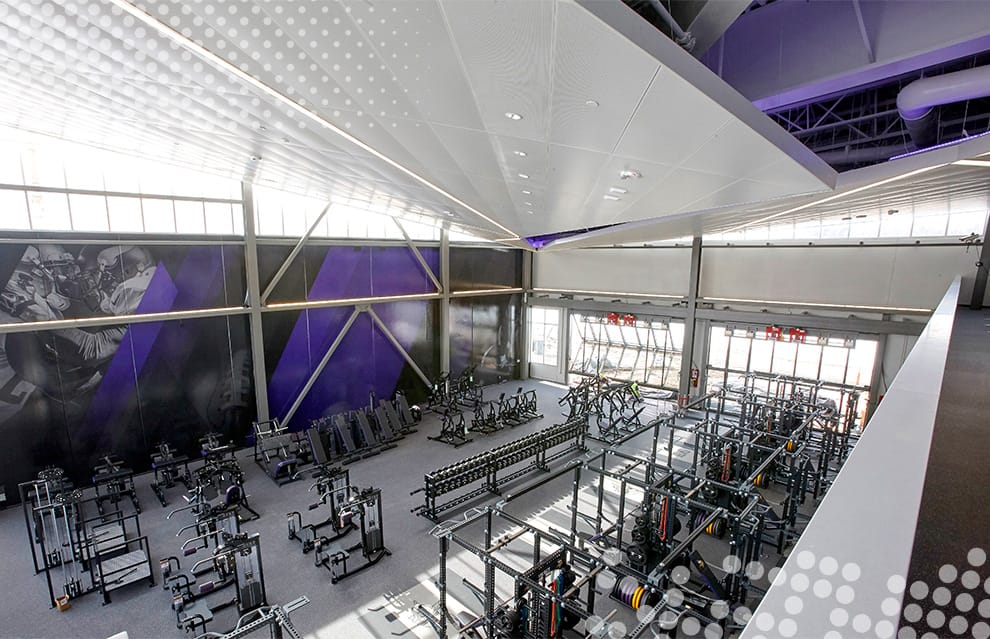 The new Twin Cities Orthopedics Performance Center and Vikings football practice facility has two 20' x 14' Schweiss bifold liftstrap doors in the weight room. These doors lead out to the four outdoor practice fields. The weight room spans over 6,100 sq. ft., with scores of racks, weights and other conditioning machines. The campus sits on about 35 acres just south of Interstate 494 in Eagan.
Photos by Bergerson Photography 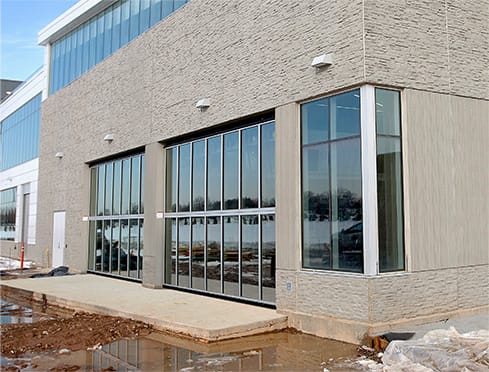 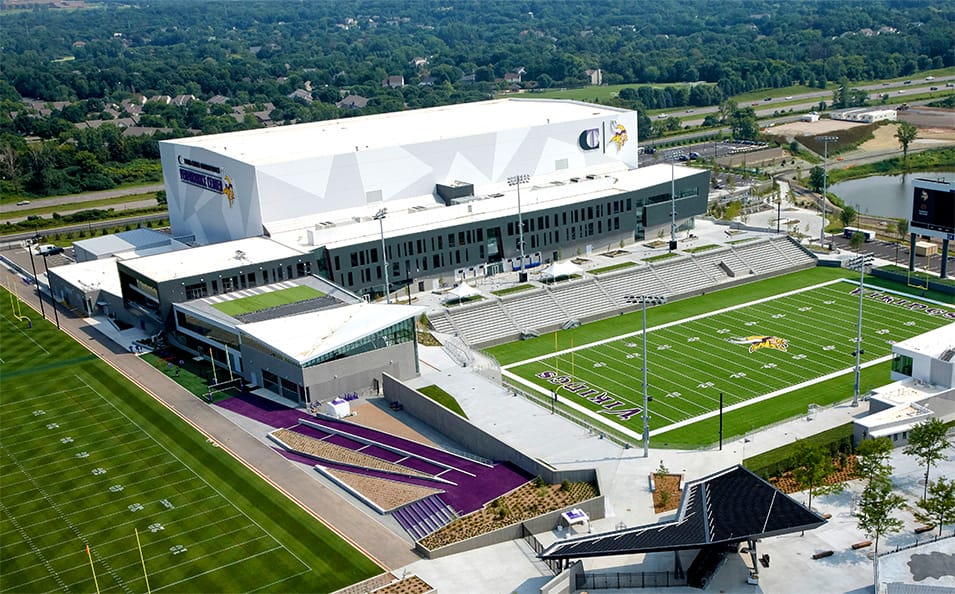 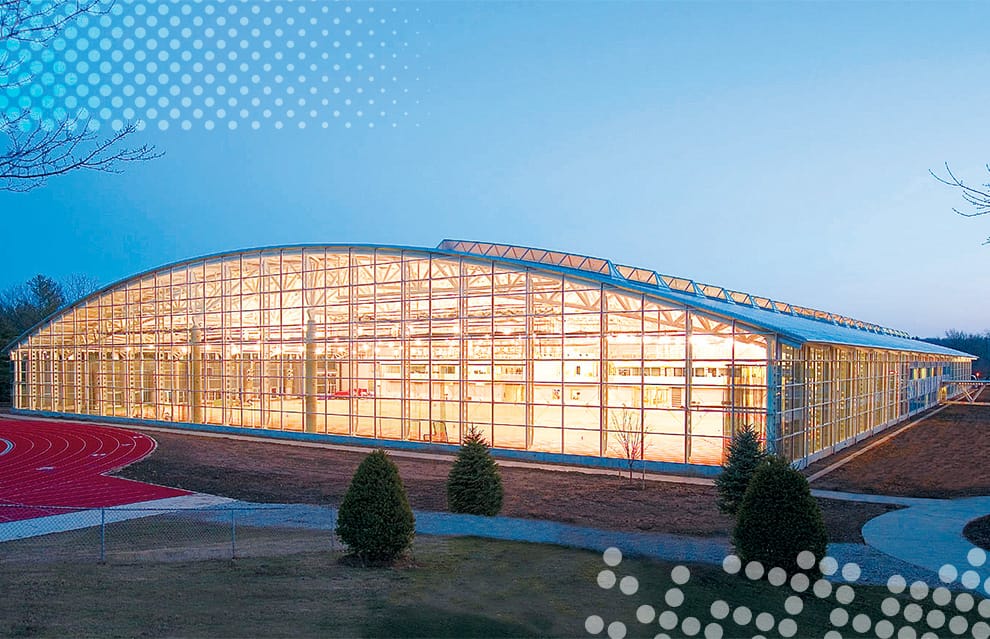 Among the glass walls that comprise the perimeter of Kenyon College's $80 million Center For Fitness, Recreation and Athletics is a 25'-wide by 14'-tall glass bifold door, manufactured by Schweiss Doors of Fairfax, MN, and installed by ASI Limited of Indianapolis, IN. 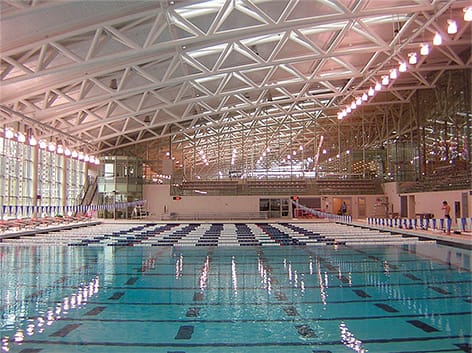 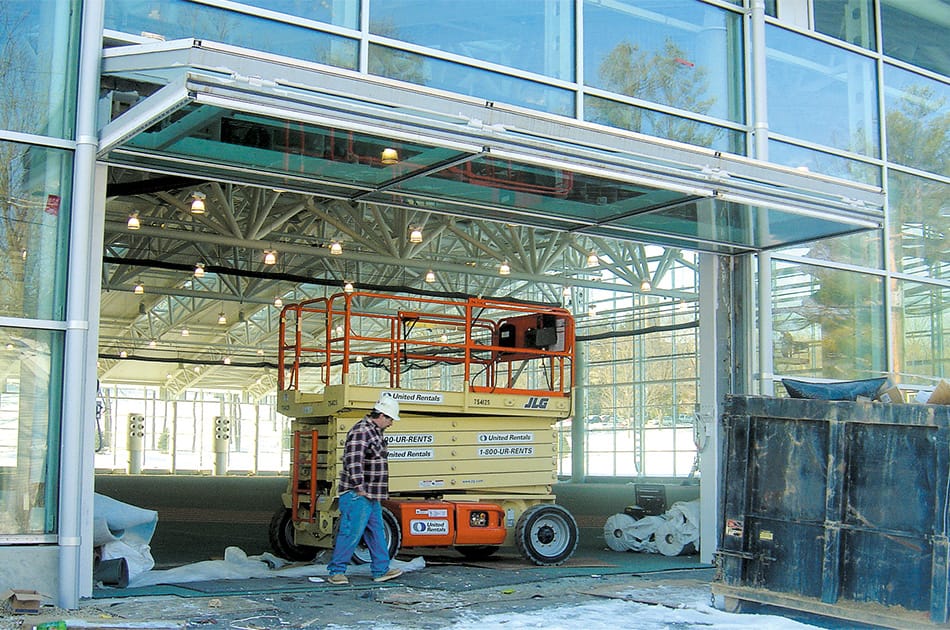 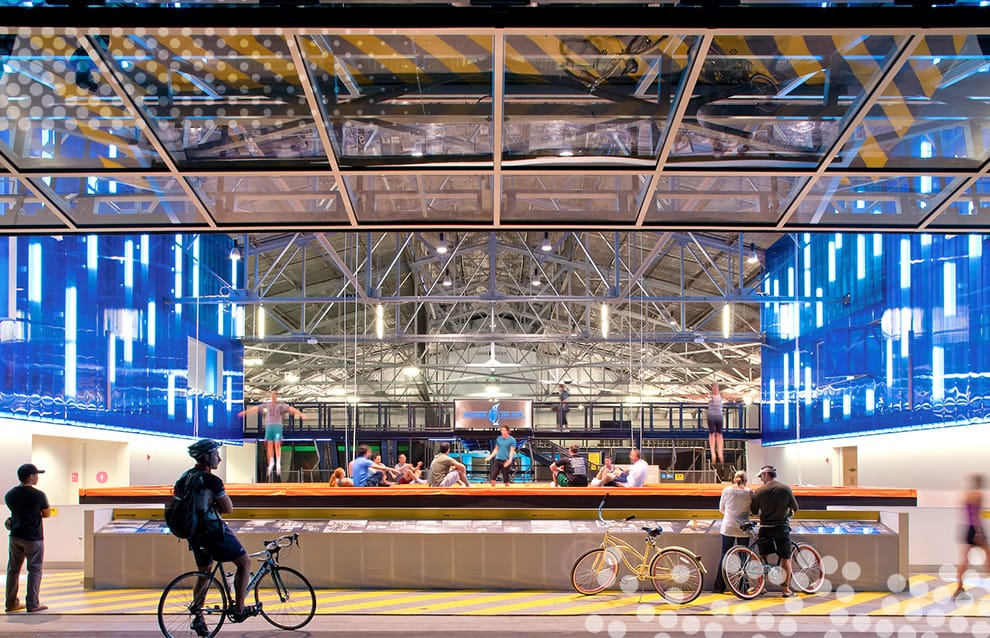 House of Air is an indoor trampoline park located in a historic airplane hangar at West Crissy Field in the Presidio of San Francisco, California, not far from the Golden Gate Bridge. What used to house high-flying aircraft, now houses hundreds of energetic youth-minded people, some of whom can now exercise a different style of high flight.

With all the activity going on in this building, it's nice to be able to open the doors for some fresh or cool air. A 41' 6" x 19' 3" custom made Schweiss bifold liftstrap glass designer door is installed at the entrance to the large hangar building. Not only does the glass door open for ventilation purposes, but it gives those inside and out a beautiful view when open or shut. It's also quite convenient for moving equipment in and out of the building. The door is equipped with electric photo eye sensors and a door base safety edge.

To read more about House of Air
Click Here 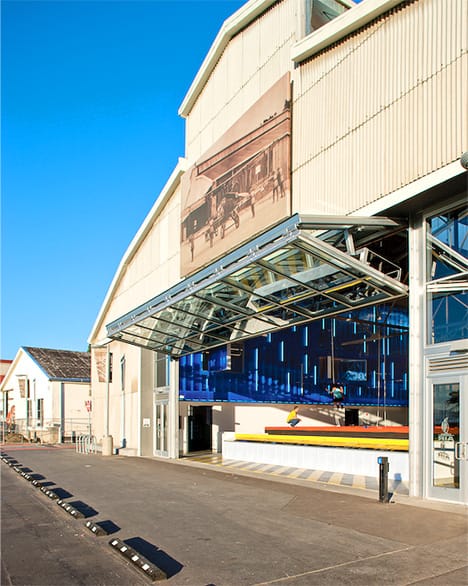 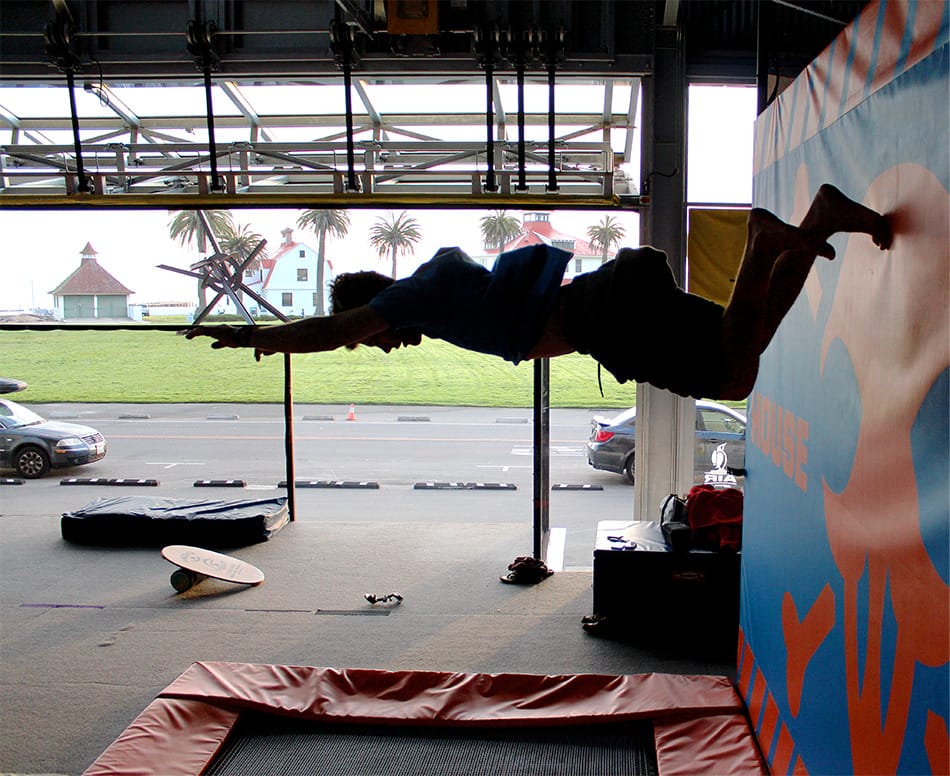 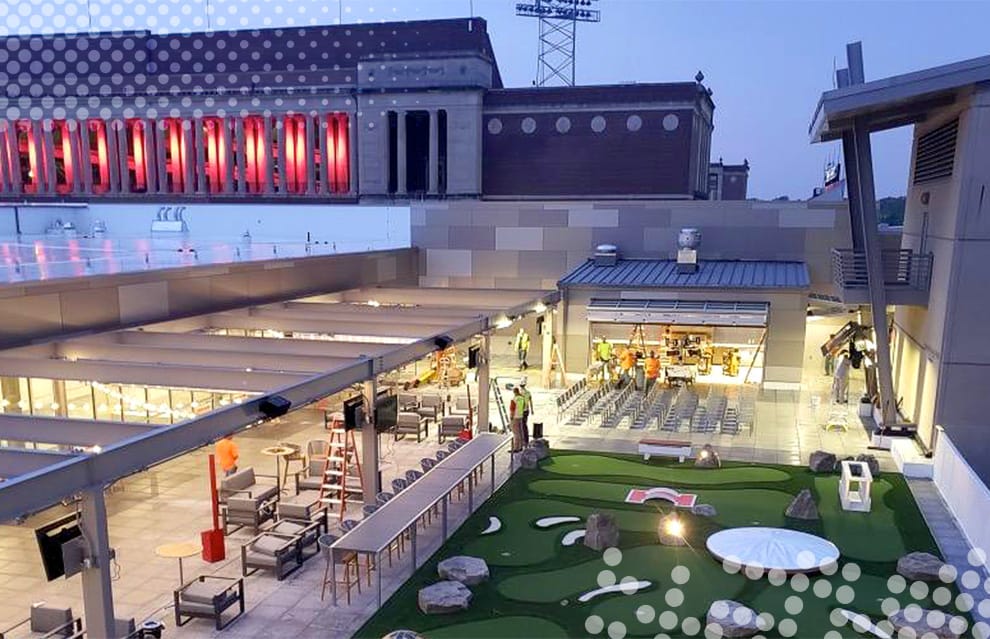 U of Illinois Stadium

The Memorial Stadium Performance Center at University of Illinois just got three new Schweiss glass-clad designer doors. The doors act as the entry point for their second floor offices, meeting rooms, coaches lockers, lounge, and main auditorium. The doors lead outside to a patio with its own mini golf course. The largest door is a 22' x 11' bifold liftstrap door with two more 10' x 11' doors on either side.

To read more about U of Illinois Stadium
Click Here 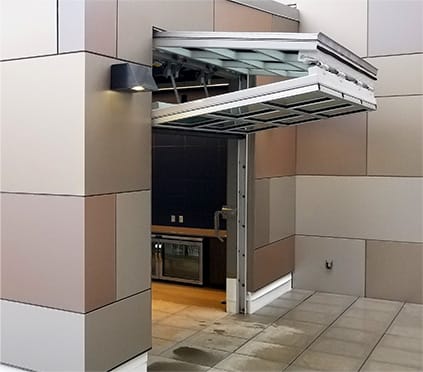 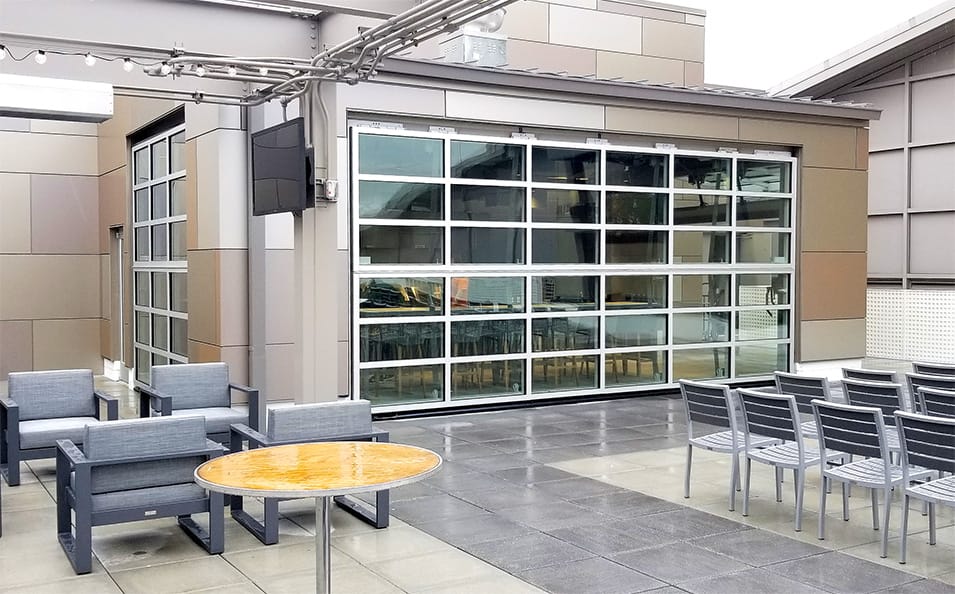 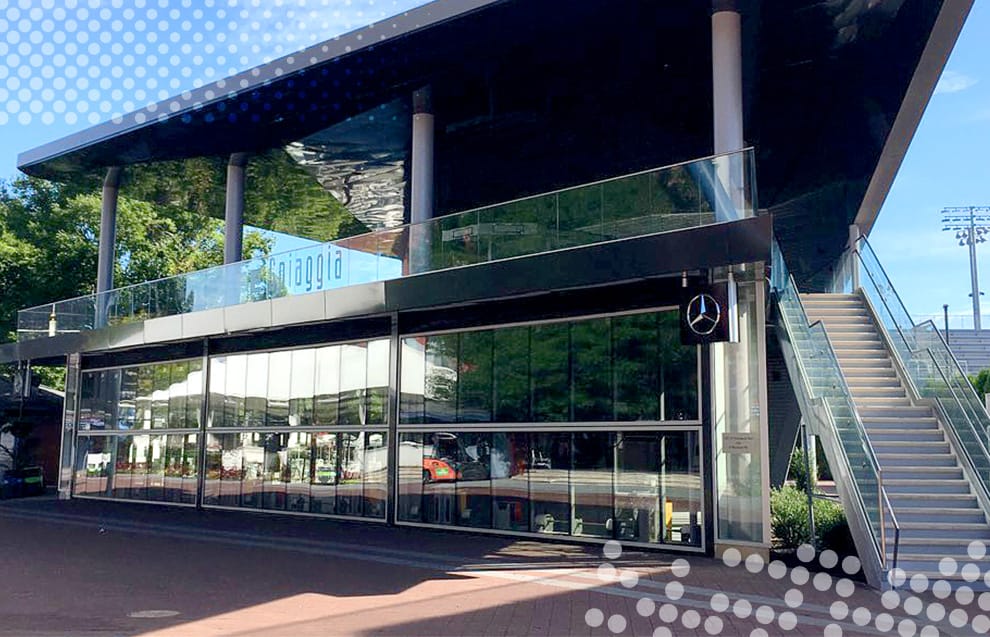 Three Schweiss bifold liftstrap designer doors were part of a USTA $550 million renovation. Each door, measuring 25.8' x 9.10', has an automatic latching system, stainless steel side and wind rails and warning lights and horns. The custom-made doors are all clad in glass. 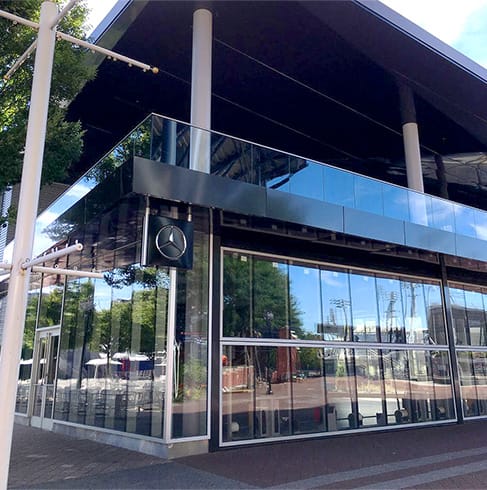 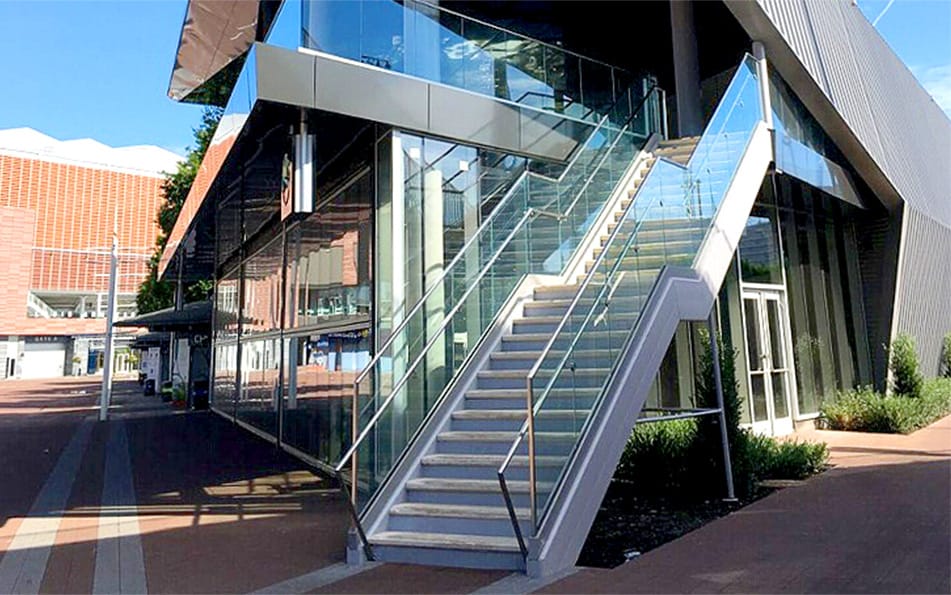 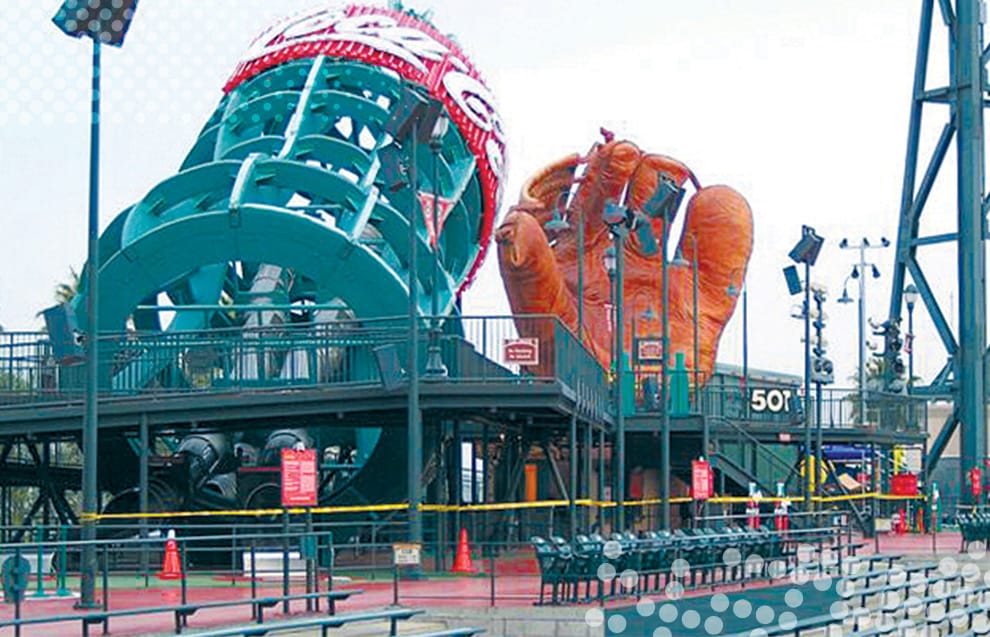 It's an unglamorous feature, but the 20' wide by 9' high bifold door at AT&T Stadium in San Francisco, CA, provides a vital function by securing a critical storage area within the ballpark's fan recreation area. The 20' wide by 9' high door was manufactured by Schweiss Doors of Fairfax, MN, and installed by Soule Building Systems of Cotati, CA. AT&T Stadium is the home of the San Francisco Giants. 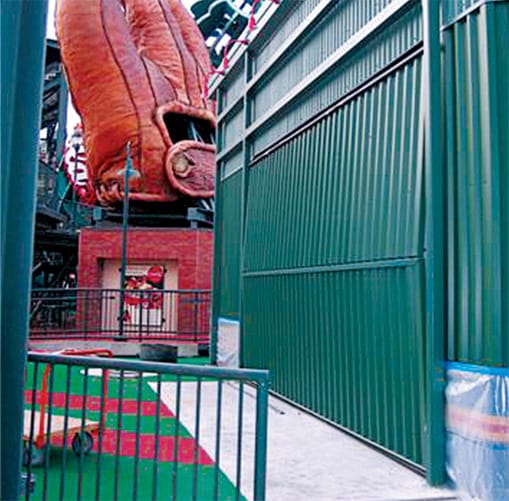