An airport hangar typically houses large aircraft and requires large doors that span most of the width of the hangar. Schweiss doors can be built to endure hurricane-force winds while also maintaining high reliability and ease of use. With our patented lift strap system, accessing your airport hangar quickly, quietly, and easily is as easy as the push of a button. Whether you are opening your door while you taxi your aircraft from the runway or sitting on the ramp in your aircraft outside your hangar, you will be able to open your door easily. Time is money, and you'll save both with the convenience of a Schweiss door. 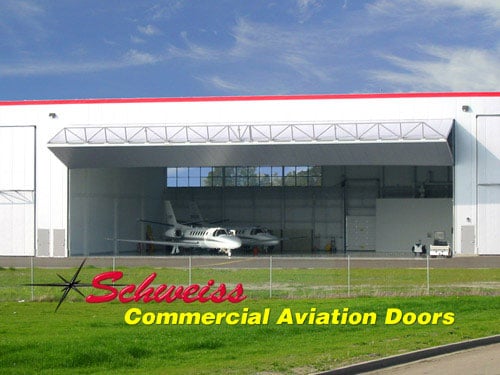 EAA Chaper 1210 of Biddeford, Maine with their new club hangar and Schweiss Bifold door. The club built the 60' x 80' hangar with donations and their own labor. The club members even installed the door themselves and were delighted with its ease of installation and its operation. 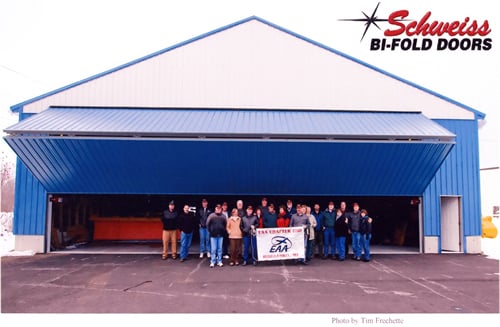 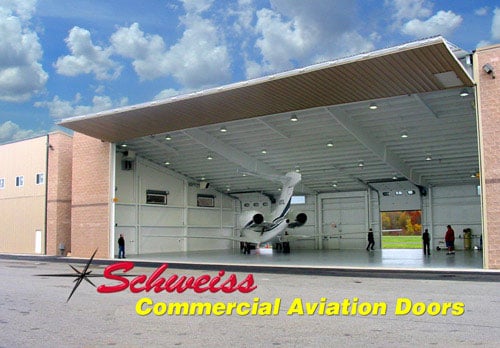 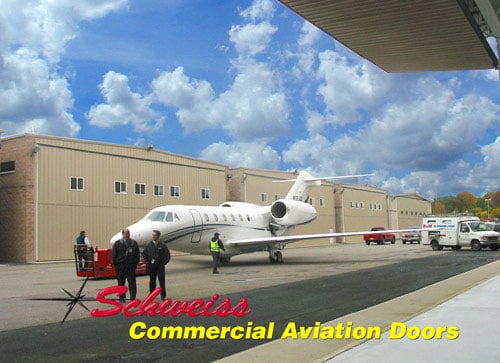 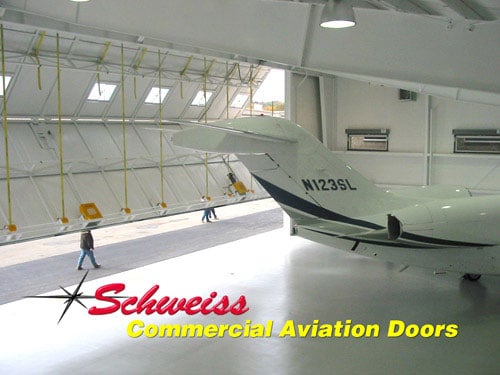 Inside an Airplane Hangar 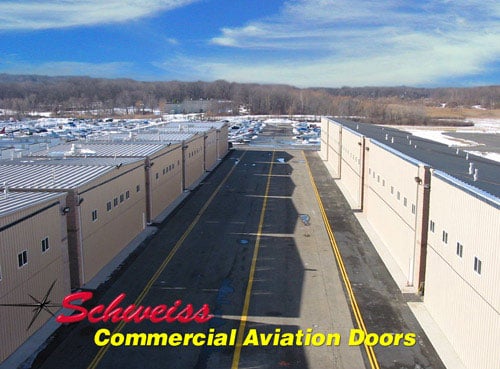 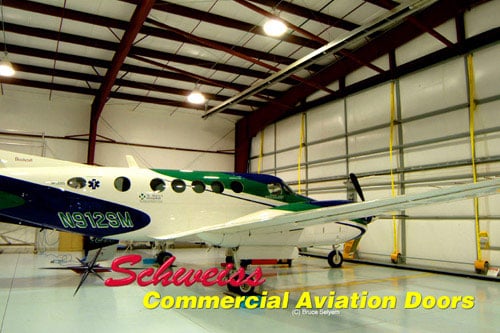 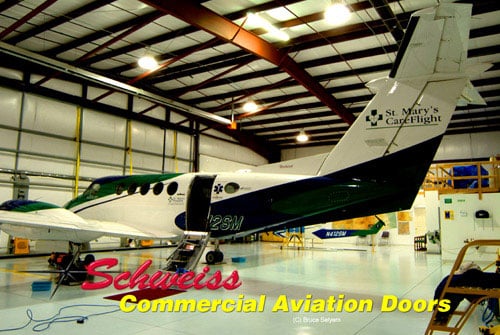 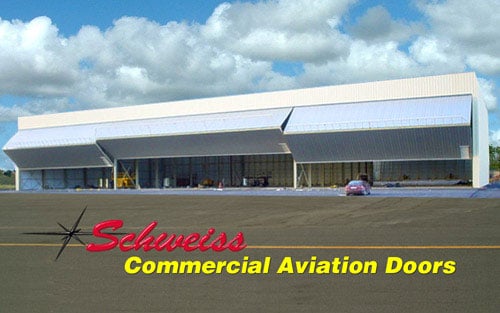 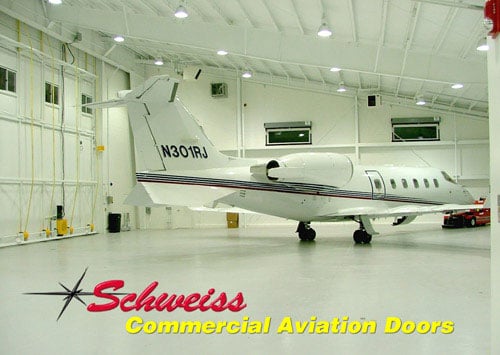 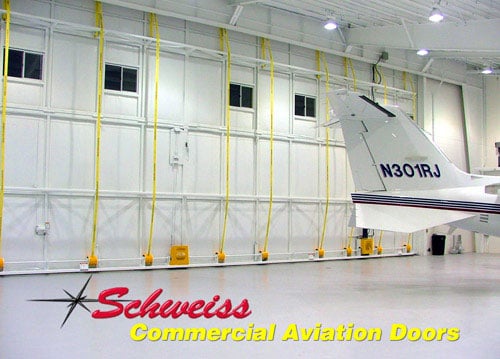 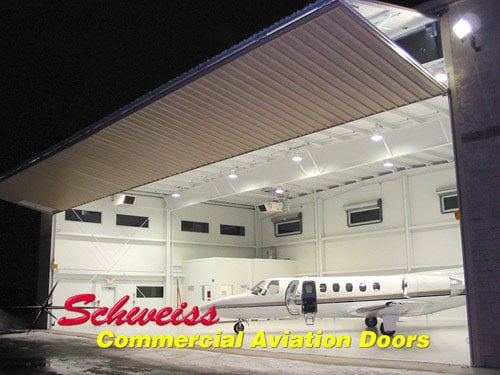 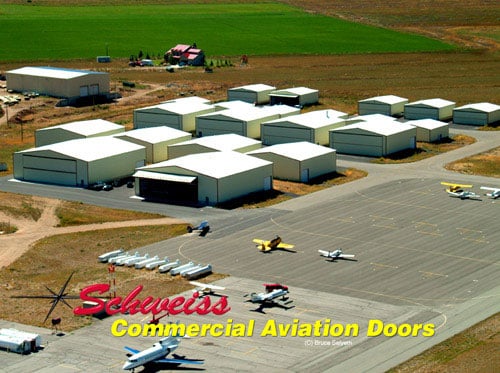 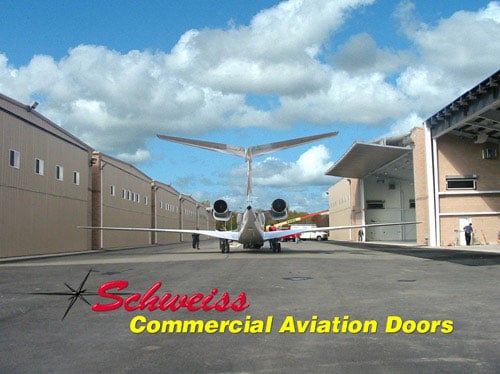 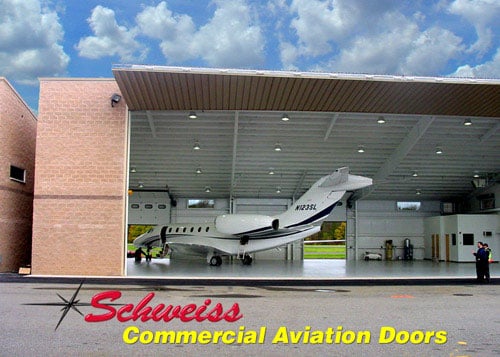 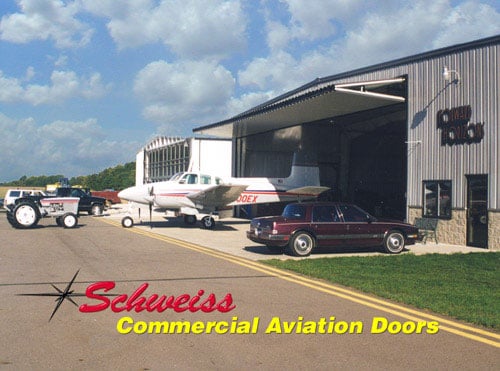 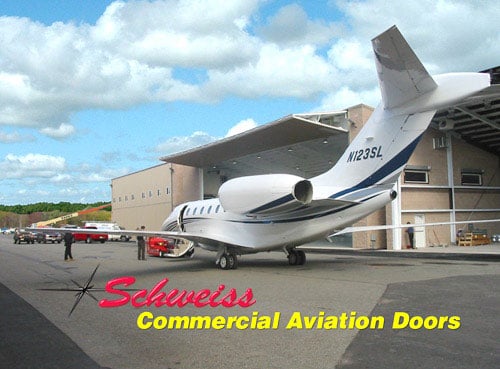 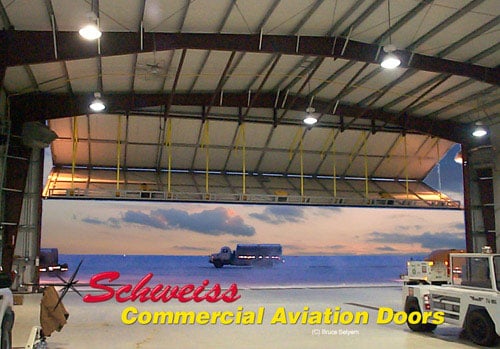 Large Aircraft Hangar Inside View in the Winter 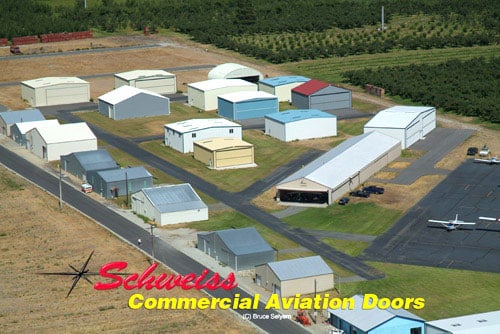 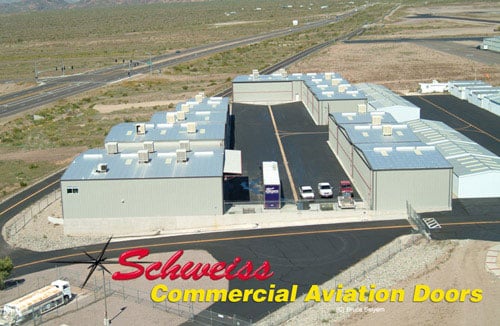 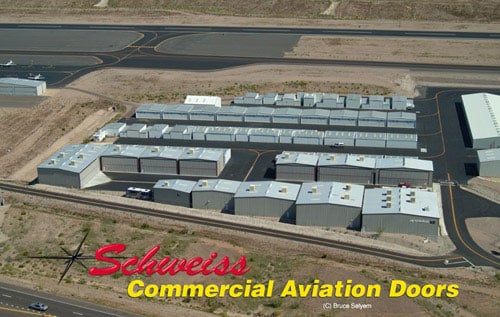 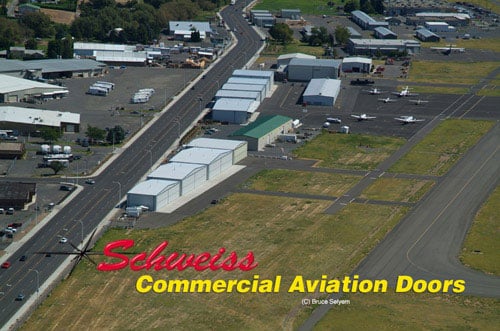 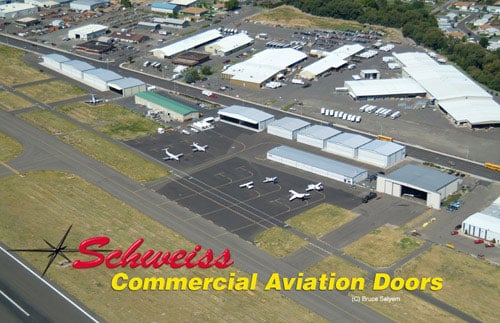 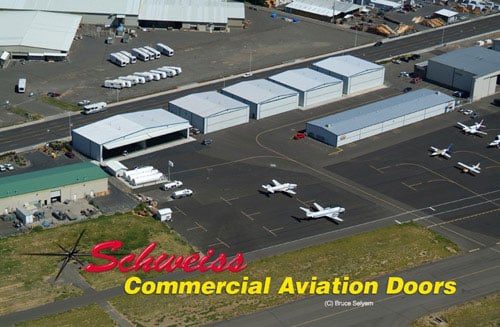 Airport With T-Hangars and Box Hangars